The Legend of the Tooth Fairy

The Tooth Fairy as we know it is a relatively recent creation, like other myths, evolved over time. There are traditions, legends and myths dating back millennia with regards to loosing your baby teeth.

Early norse and European traditions suggest that when a child lost a baby tooth, it was buried to spare the child from hardships in the next life. A tradition of the tand-fe or tooth fee originated in Europe for a child’s first tooth, and vikings used children’s teeth and other items from their children to bring them good luck in battle.

There’s also the more general tradition of a good fairy in Europe that was birthed out of fairy tales and popular literature in more recent times. Ultimately the most popular version of a ‘tooth deity’ is the image of a mouse, who would enter children’s rooms and remove baby teeth. This tradition is prominent in Russia, Spain and many asian countries like China.

Tooth Fairy Traditions Around The World

More recently, when the 6th tooth fell out, the child was rewarded with a gift in many northern European countries. In France, a mouse or rabbit dating to the 17th century mentioned a La Petite Souris. In Latin countries the most well known character is Ratoncito Perez. Perez has become a pop symbol in his own right, appearing in cartoons and he even has a museum dedicated to him in Madrid, Spain. Perez is used to market dental products to children much the way the tooth fairy is in Canada or the US.

The reason for the mouse being synonymous with so many culture’s tooth fairy tradition is the fact that rodents continue to grow their teeth their entire lives. Anthropologists consider a type of ‘sympathetic magic’ a way for believers to transfer good luck or traits to the child who lost the tooth.

In other cultures, the legend varies to include beavers, cats, dogs or even squirrels. Other traditions of the tooth fairy include rituals dating back thousands of years in almost every culture. Traditions like: 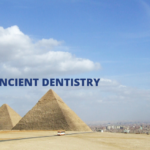 Are baby teeth really that important to my child? 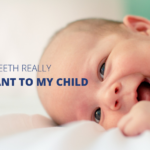